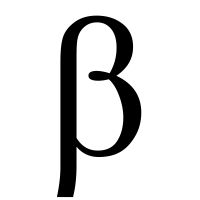 This page is all about version 0.20 of Aneuch. This is the successor to version 0.10, and is considered the "beta" version.

Page Deletion - Deleting pages is now possible in version 0.20! Somehow this escaped my attention in version 0.10.

Blocking - Sometimes you need to ban/block somebody. Version 0.20 includes a method to block IP's.

Extensible Posting - When sending data via the 'post' method, previously the allowed functions were fairly limited. In version 0.20, handling post data will now be extensible via plugins. It'll be a simple matter of adding a new post handler to %PostingActions.

Theme Framework - Version 0.20 implements a "theme framework" whereby themes can be installed and activated through the settings file.

404 Status - Pages that do not exists return an HTTP 404 status, so that bots (Google, et all) will recognize that it is not a valid page.

Maintenance Tasks - Tasks that run each time the script is called (after DoVisit()) that clean up log files, etc.

Other releases in the 0.2x series