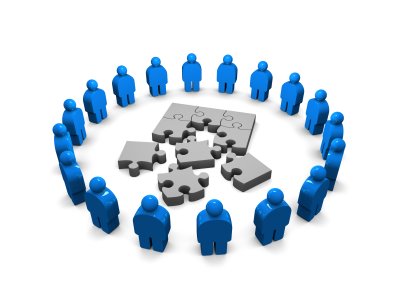 Why another wiki engine?

That's a fair question. By my count of http://www.wikimatrix.org/ there are 136 wiki engines out there. I'm sure that many more exist, but for one reason or another are not listed on that site. There are also some listed that are abandoned. But none the less, there are still a large number of wiki engines in existence. So why did I need to go and create another one?

The simple answer to that is "I didn't plan to."

I had no intention of writing a wiki engine.

This whole thing got started while I was involved in a project at my workplace that involved moving documentation into a wiki (MediaWiki, to be specific). At the same time, I was working on putting together documentation for my web host, MyUnixHost. I wanted to try out MoinMoin, but it was a royal pain trying to get it installed and working correctly. I'd used DokuWiki in the past, and was leaning towards using it again, but I also had a thought of doing it myself.

I'd used wikis before, but never got very indepth with them, and I became intrigued with how the markup syntax worked. Just for fun, I threw together a quick script in PERL that converted MediaWiki syntax to HTML. I got a good number of the elements working, and said to myself "Man, I've got about 60% of a wiki written already." Little did I know that was nowhere near accurate.

Anyways, I decided I would write the entire engine. And that, ladies and gentlemen, was where the fun began. I came this close to quitting a few times along the way. I kept telling myself that there are tons of wiki engines out there. I would ask myself "Am I contributing anything new or worthwhile?"

By the way, I never did come up with a suitable answer to that question. (But, I'm working on it).

Ultimately, it boils down to this: I wrote Aneuch because I can, and just for fun. 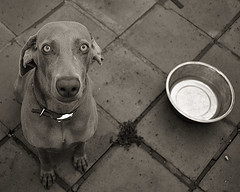 Eating my own dog food

I had to get Aneuch out there and working. Something like this, you need to constantly test if your code works as you expect it to or not. So, what better way to do that than to build a website dedicated to your software using said software? And thus you have Aneuch's homepage.

This website will always run the latest development version of Aneuch. To answer your question, yes, I am a bit concerned about the implications of this. There could be security holes, data loss, etc. But, what better way to focus on avoiding those things if you know your project's very own website will depend on it?

You may notice, in several places around this site, that I make mention of something called Oddmuse. Oddmuse is another wiki engine, like Aneuch here. And like Aneuch, it's written in Perl and uses your file system to store its data.

I stumbled upon Oddmuse in the early development stages of Aneuch, and in its own way, Oddmuse contributed a lot to the direction of Aneuch.

You see, early on, I began searching for other wiki engines written in Perl. Despite the ubiquity of php, I thought there had to be a few out there. I first stumbled upon WikiWikiWeb, which was the very first wiki (and associated software) ever, developed by Ward Cunningham (1). Looking into that lead me to UseModWiki, then eventually on to Oddmuse (which was a fork of UseMod).

I thought Oddmuse was pretty neat, and began implementing some of the features of Oddmuse into Aneuch. It's important to note at this time that only ideas have been copied, no code from the Oddmuse script has been ported into Aneuch. Aneuch has been written from the ground-up. Yes, that's a bit like re-inventing the wheel, but why not? (As I mentioned above, this is all for fun!)

So I guess you could say that Aneuch and Oddmuse are distant cousins (much in the same way that Linux is a distant cousin to UNIX).