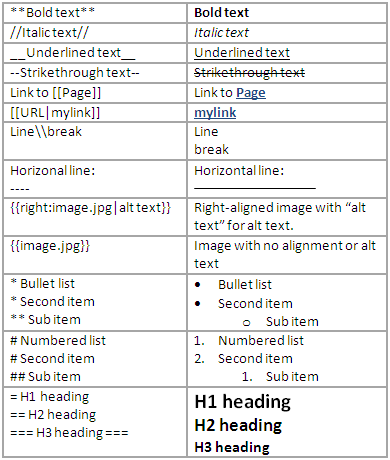 The Aneuch wiki engine attempts to implement the Creole markup language, with a few deviations (and a few additions). You can see the cheat sheet to the right.